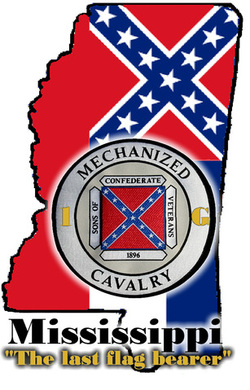 The Sons of Confederate Veterans Mechanized Cavalry (SCV-MC) is made up of
members of the Sons of Confederate Veterans who
ride motorcycles and desire to find other like-minded persons who share their
passion for motorcycles and their Confederate Heritage. We
actively recruit members in good standing with the Sons of Confederate Veterans
which is a group you must be born into.
The entire Mechanized Cavalry
has over 4000 members in 19 States. We also have members in Spain, Holland,
Canada, Wales, and Germany; natives of their respective countries. The SCV
Mechanized Cavalry is not a motorcycle club (MC) but, rather, is a rolling
billboard for the Sons of Condeferate Veterans.  You'll see us on the roads
throughout the South, attending heritage events, and even attending biker
functions. We are among the most active of SCV members and we're very proud to
honor our heroic ancestors. If you see us on the road or at a function
somewhere, wave or say hello.  If you ride a motorcycle and think you might be
interested in joining us, ask us for information.  We'll be happy to help those
who share our passion and respect for our Confederate ancestors to "enlist" in
the Cavalry.  We do have back patches and rockers that may be worn at
appropriate times and places.  If your family is from the South you probably
have a honorable confederate veteran in your linage. If your unsure we have
qualified people that can help you with research and will put you in contact
with a camp in your area. 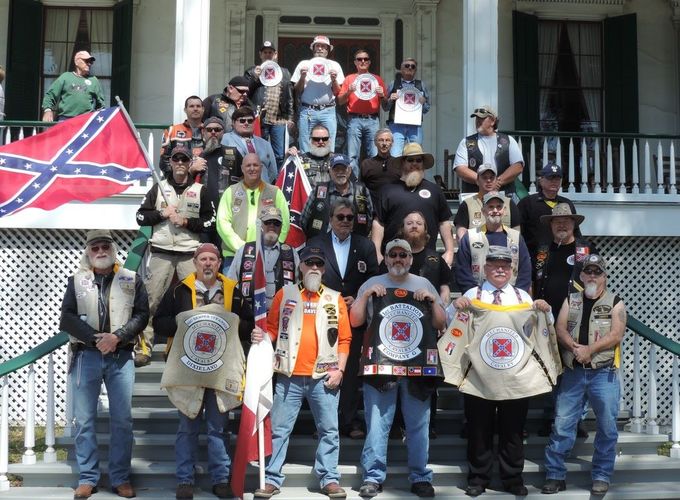